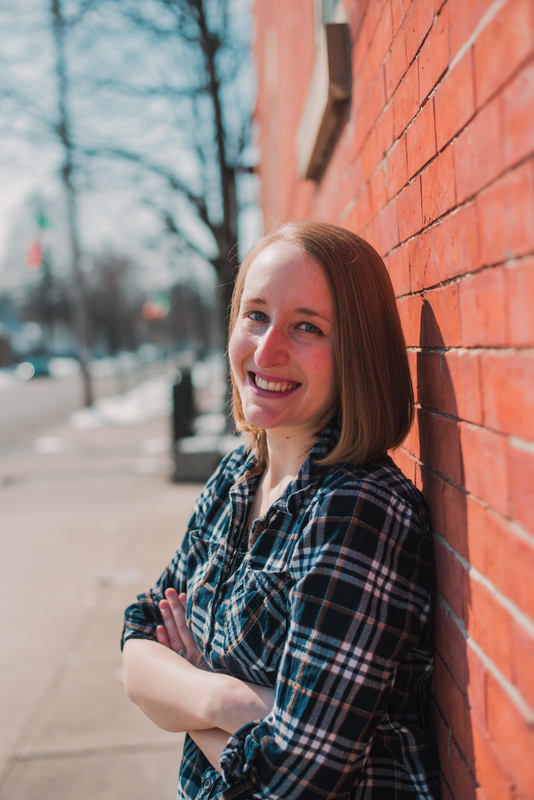 Caitie lives for stories—writing them, reading them, telling them, and listening to them. In college, a guidance counselor told her that writing wasn’t a real job and she should go into banking, so all of this is basically to prove him wrong. As we learn in fiction, revenge is good motivation!
Also in college, Caitie earned a degree in Creative Writing, wrote her first novel, and was awarded the G.E. Murray Award for Excellence in Creative Writing. She had several short plays performed at Road Less Traveled Productions, including a segment of Buffalo Rises, a showcase of short plays by Buffalo playwrights.
Caitie considers herself pretty lucky to write and edit for a living. She's written and edited over 500 children’s educational books as part of her day job, as well as editing dozens of fiction middle grade and young adult books. She writes just about everything—young adult fiction, middle grade fiction, graphic novels, educational nonfiction, and some amateur poetry. She has published many children's books under various aliases. Her first verse novel Every Little Bad Idea will be released by West 44 Books in August 2018.
To learn more about Caitie, please visit:
Website: caitiemcwritesalot.com
Twitter: CaitieMac9
Instagram: caitiemcwritesalot
Facebook: https://www.facebook.com/caitiemcwrites